INMOTION, the emerging leader in the self-balancing vehicle industry for urban consumers, today announced it has raised $17 million in Series B financing led by Tiantu Capital. INMOTION disclosed its financing condition for the first time.

INMOTION, one of the pioneers in the self-balancing industry in China, achieved NO. 1 in global vehicles sales in less than 2 years. Now INMOTION SCV has sold to over 50 countries and regions all over the world. Base on the world's leading self-balancing technologies and humanized product design, INMOTION provides an exhilarating driving experience and becomes the best choice for commuting and short trips within a 5km radius.

From the very first day of its establishment, INMOTION attracted the eyes of the investment community, but they never disclosed its financing condition to the media. Vic Zhou, CEO of INMOTION, gave a detailed introduction at the press conference. INMOTION got $3 million angel investment when it was established in January 2013, raised $4 million in Series A financing before launching its product, and signed a $17 million official investment agreement before launching its new product V3 and R2 in October 2014.

INMOTION is the first company to have raised Series B financing in the self-balancing vehicle industry in China. Vic Zhou thanked the concern and support of venture capitalists, and considered capital as an important factor in accelerating growth. INMOTION will keep launching new products to satisfy the needs of urban commute and short trips.

In the conference, Vic Zhou said he expects much more cooperation between Tiantu and INMOTION, and he believes INMOTION will benefited from the cooperation because of the deep understanding of consumers and consumer products of Tiantu team. 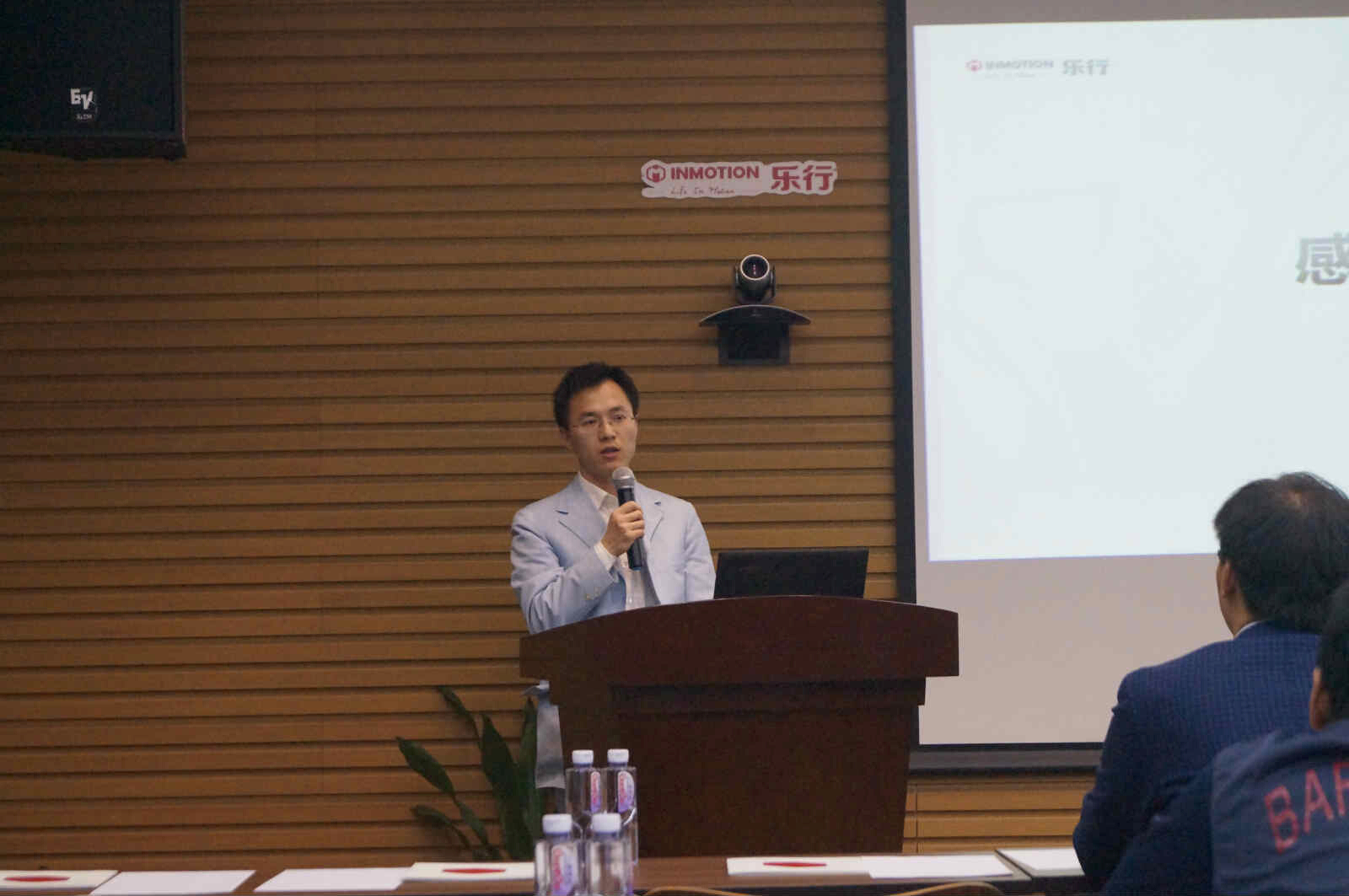 Vic Zhou also shared the vision of INMOTION, he believes we'll all be a part in the sky net, and it is the sky net that knows us best instead of ourselves: "Our team started out with development of industrial robots which is where we started and where we are headed. Self-balancing vehicle is a stage when progressing toward smart service robots. We're always seeking an answer to a question: what can the robots do for the people? Our first demo of robot will be developed later this year, and I believe that's our answer, and that's where we are headed."

Welcome and join us to explore the adventure of micro mobility.
Subscribe to get the latest Inmotion news and deals.